What to Expect on Your Visit to New York City 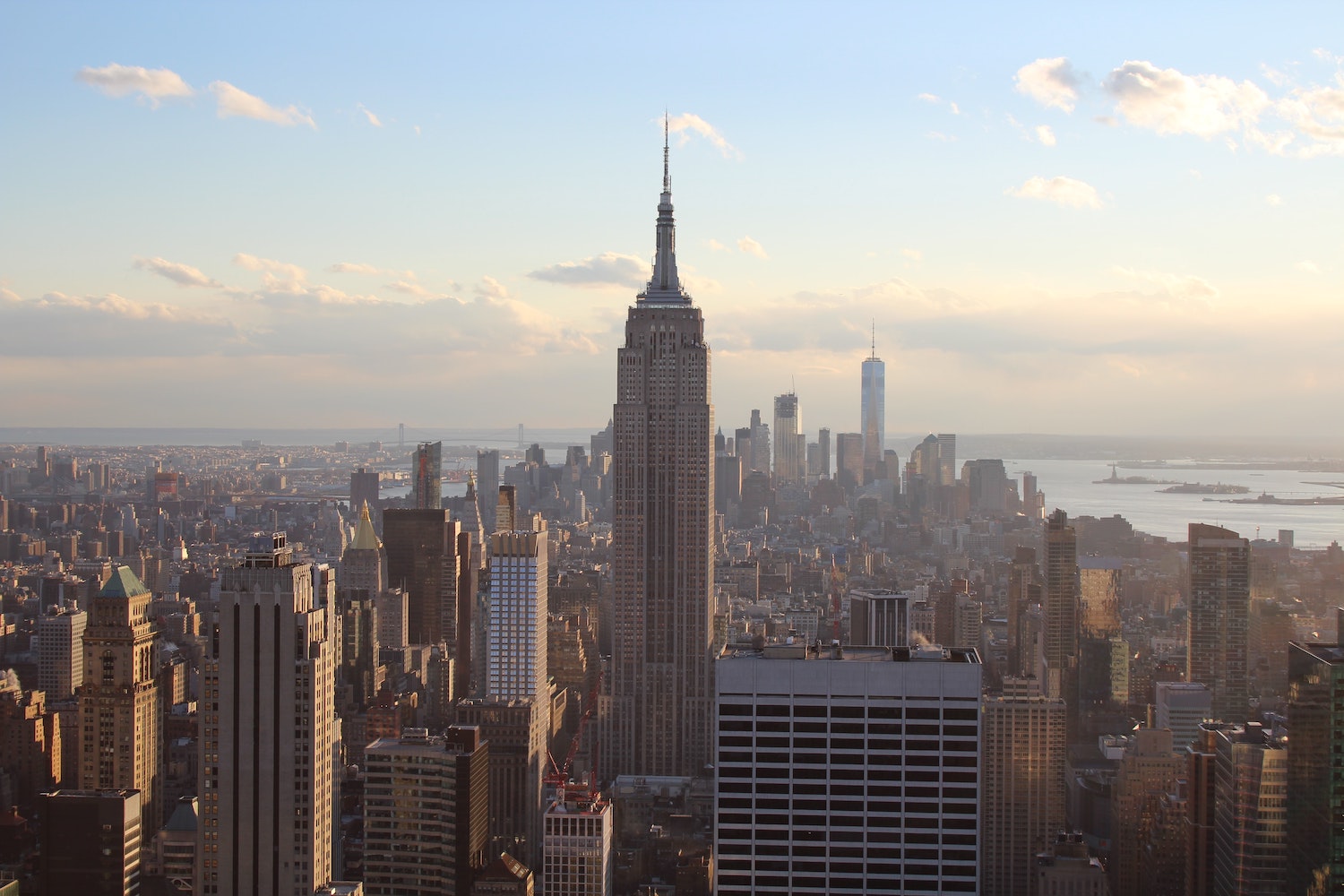 New York, New York. What a wonderful and busy city it is. It should be on your bucket list and you have to visit it at least once in a lifetime. It has a little bit of everything to offer both locals and tourists, which is why we are going to share with you some of our best tips and options you should see during your trip.

Lady Liberty, best known as the Statue of Liberty

The Statue of Liberty is a part of the city’s skyline. Located on Liberty Island in New York Harbor, the Statue of Liberty is a national monument that represents a mixture of emotions that Americans lived like financial barriers they overcame, the many struggles and hardships experienced by inmigrants, and being freed from tyranny and the end of the 19th century.

The Statue of Liberty was a gift from the French people as their way to celebrate the centennial of the Declaration Independence. It is elemental that you visit Lady Liberty at least once when you are in the city, and you can get all your Statue of Liberty ferry information to know what time slots are available and which ferry terminal works best for your trip. You can either pick Battery Park that goes to and from New York, or Liberty State Park that goes out from New Jersey.

To actually get up close to the Statue of Liberty, you will have to book a round-trip ticket to and from Liberty Island. You can also book a tour that includes to go inside the Statue, and a a different option to go up the Crown.

Ellis Island, the Immigration Museum and the Hospital

Although a stop at Ellis Island is included with your round-trip ticket to Lady Liberty, it is necessary that we highlight the importance of taking the time to visit the Ellis Island Immigration Museum, which was once an active immigration station and received thousands of immigrants daily arriving to America in search of a better life. And those immigrants summed up to over 12 million people that came to America between 1892 and 1954.

To the current date, descendants of the many immigrants that walked through those gates account for nearly half of the American people today. The museum receives around 3 millions visitors from all over the world every year.

There is also a hard hat tour option to visit the Ellis Island Immigrant Hospital which was operative from 1902 to 1951. The facility was built in several phases, and it functioned as a general hospital to treat minor cases like colds and pregnant women in labor, and there a separate pavilion-style for those diseases that were highly contagious. The visit is worth every penny. However, you must take into account that people with mobility issues will not be able to enjoy the tour since the hospital is unrestored and there are several obstacles and sharp objects on the ground. It also has an age limitation from 13 and up.

A Visit to Coney Island

A visit to Coney Island is like going back to the past, where you can spend time on the beach and enjoy old-timey charms, like a nice ice cream cone, and a ride on the notorious Cyclone roller coaster. It is a beautiful place to visit and you should include it on your list of places to see. A fun fact about Coney Island is that there used to be an elephant shaped building named the Elephant Colossus, which was a major tourist attraction and it was the first thing immigrants would see upon arrival at the New York Harbor.

Take A Walk Through Central Park

Central Park is in the middle of New York and has a total of 693 acres of man-made forests, meadows, gardens, and rolling hillsides. There are also several monuments, bridges, sculptures, fountains, and even arches. 21 playgrounds, a zoo, a castle, and even an entire zoo are also a part of the park. It is hard to believe that all of this is part of such a big and busy city, but it is a major part of it and it is worth to spend some time in this large and beautiful park.

The museum stands in honor of the brave men and women that worked so hard on 9/11, and it also pays an homage the loss, both spiritual and physical of Americans and people worldwide. Once you enter you will go down from the busy streets to the bedrock level – which are the foundations of where the Twin Towers used to stand on – and are still placed in a somewhat meditative mindset – that will take you back and most likely make you remember were you were on that specific day.

The Metropolitan Museum of Art

For more than a century and a half, the Metropolitan Museum of Art has been the cultural center of New York City, and most likely the United States itself. This is thanks to the forward-thinking temporary exhibits and a wide and extensive permanent collection as well. The building itself is a sight to see, with its Gothic-Revival style building with iconic tiered steps – that you may recognize from a movie or two – and strategically located near Central Park. It will take you breath away without a doubt.

These are just a few of our favorite places that should be included to your trip to the Big Apple. And of course you can’t miss out on the wide variety of restaurants, cafes, pizza places, hot dog stands, and so many more options. Both local and international cuisines, there is something for everyone to enjoy; you can choose from a food cart on the street up to a fancy reservation at the Plaza Hotel – which has to be booked in advance.

New York City and its surroundings is such a unique and wonderful place to visit at least once in a lifetime. Keep in mind that it is a very big city and it may take a couple of visits to cover these highlights and more.

The post What to Expect on Your Visit to New York City appeared first on Wandering Earl. Skift Take: United is optimistic that even the most-struggling sectors like corporate travel will eventually return. But the airline will continue to play it safe with capacity cuts until the positive impact of a vaccine fully resonates throughout the broader economy. Skift Take: As airlines continue to plan their rebound strategies from the global coronavirus pandemic, the legendary Gordon Bethune, an expert in turning things around, sees a difficult yet promising future ahead for airplanes and commercial travel.

U.S. Airlines Could Get $17 Billion in Relief if Bipartisan Covid Relief Is Approved Anne Rigail, CEO of Air France , talked about the bold and drastic changes her team has made to the airline at Skift Aviation Forum. Skift

Skift Take: Air France plans to keep in-flight meal service and first-class cabins on international flights despite making cuts to its flight network and seeking other operational efficiencies. Count on it. That’s the promise from CEO Anne Rigail.

Skift Take: As we grapple with the role of race and exclusion in the wilderness, Shelton Johnson’s views on Sierra Club founder John Muir, as well as the connection between the civil rights and national park movements, give us all a fuller picture of the complete idea of freedom, and what it means to have an inheritance in those parks. Skift Take: The lack of clarity surrounding EU-UK travel regulations in 2021 is causing concern among European Union destinations as well as tourism service providers. But the biggest deterrent to consumer confidence could be the continued lack of consensus on travel health protocols.